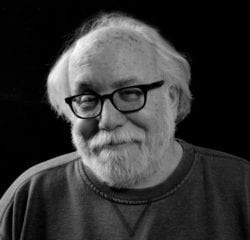 My father was a well-known and well-traveled photographer who had quit photography to raise a family and become a building contractor. 1971 was not a good year to be in the building business, so he looked for something else to do. He called some of his old friends in the photography business to ask for work. One of them was the team publicist for the Chicago Bulls, who hired my father as the team photographer. When he came home after the first game he photographed, the perks he told me about were too much to resist (free parking, free admission, and the best seats in the house). At that moment, I decided to become a sports photographer!

I learned on the job, and soon figured out that I could translate my excitement to my love of music. In 1975, I started going to concerts and shooting pictures. Figuring out how to earn a living doing this was more difficult, but through perseverance I started acquiring magazine and newspaper clients, and began working with record company publicity departments. During the 1980’s I was a frequent contributor to Creem Magazine, along with many other music magazines (Rolling Stone, Circus, Hit Parader) as well as many mainstream magazines, including Newsweek, Time, People, Playboy, Ebony and Entertainment Weekly. I also started contributing to album art, both at the major label level (Ozzy Osbourne, Alanis Morissette, Buddy Guy, Johnny Winter) and to many indie labels (Alligator, Delmark and Blind Pig).In  June of 1984 I had a particularly great month: I photographed Prince’s birthday party in Minneapolis, the start of the Jackson 5 Victory Tour in Kansas City, and the beginning of the Bruce Springsteen Born in the USA tour in St. Paul (which included photographing the filming of Bruce’s first video – for the song “Dancing in the Dark”).

This paid off in 1985 when my picture of Bruce appeared on the cover of the August 5th issue of Newsweek.   1985 also brought numerous magazine covers around the world featuring photos from my evening at Prince’s party. The publicity from the Newsweek cover led to a five year stint as the staff photographer of the Oprah Winfrey Show.

In 1988, a chance discussion with Keith Richards’ manager led to me following Keith’s Xpensive Winos Tour as the tour photographer. After that I spent three and a half months on the road with the Rolling Stones as the tour photographer for the Steel Wheels tour in 1989.  I did one more tour with Keith in 1993, spent a month with the Stones Voodoo Lounge tour in 1994 and also worked on their 1997 Bridges to Babylon tour.

Throughout the years, I have kept up a great business relationship with my favorite client – Shure Microphones of Niles, Illinois. I have been photographing their endorsers for almost 30 years, with the photos being used for their website, publicity, and advertising.

Lately, I have started working as a road manager (Brian Wilson, Alice Peacock and the Dittybops) and have done a lot of work with charities dealing with social issues, such as Farm Aid, Rock for Reading and the Chicago Music Commission.